Thank you to everyone who attended our first Membership PTA meeting of the school year. We held a special election to fill the vacancy for President.  Terri Radziewski was nominated for the vacancy of President, she accepted the nomination and the membership voted in her favor. The Executive Committee for the remainder of 2015 – 2016 is as follows:

With Terri’s change in role from Secretary to President, we now have a vacancy on our Executive Committee for Secretary. It is the perfect position for someone looking to be more involved, to learn more about the PTA organization and to be in a position to shape our future initiatives. If you are interested in volunteering for this position please contact any board member as soon as possible!

Duties of the Secretary include:
a. Record the minutes of all meetings of the association;
b. Keep the official copy of the local unit’s bylaws in his/her files;
c. Maintain a membership list as required by the Virginia PTA;
d. Perform other delegated duties as assigned.

To get board member contact information and see the full list of committees available to volunteer with:   2015-2016 Committee

Last’s Thursday’s meeting was  chock full of newsy updates for Woodburn families, and you can read about it HERE, in the draft minutes.

There will be a vote to approve these minutes at the next PTA meeting on Thursday, April 23rd.  Thanks for taking time to read through them – we value your feedback!

Call To Order Attendance: 11 PTA Members Edith M. Forde opened meeting stating that this meeting would focus on discussion and approval of November Minutes and Amended Proposed Budget, along with other new items of business.

Budget was amended after September PTA Meeting in the following manner:  IRS penalties that had previously been accounted for that were resolved in our favor. Vote is needed to take this line item out of the budget.  Cultural Arts (ie., funding for student assemblies), 2015-2016 Teacher Reimbursements, Technology Purchases (ie., Kindles) were “tabled” as contingent items for expenses, pending the outcome of this year’s fundraising efforts. Cultural Arts is a $2,000 line item, and given the success of the direct donation drive, funds are now available to fund this particular item. Michael Utell has done a wonderful job bringing in a variety of assembly guests, and the PTA would like to support his/Woodburn’s efforts. Discussion that followed: It was mentioned that given available funds, perhaps it would be more favorable to give the funds to the teachers for reimbursement of their expenses. Along with this question, future pending expenses that were inquired about during this discussion: Current allotments for field trips could potentially be entirely used (bigger field trips have yet to occur such as Jamestown and Gettysburg) and reimbursements to teachers for Academy Classes will take place in the spring. Kindles purchases could potentially roll into the 2015-2016 school year or may possibly be donated. Overall we are in good shape and want to look ahead to what the carryover should be for next Fall. Also mentioned was a potential lag in solicited corporate funds (Corporate Donations Drive is next!) that may not be “banked” and available for use until next year. Overall point: Should we approve/release funds for teacher reimbursements in the Fall and fund CCultural Arts? Would that be putting the PTA at any financial risk? ANSWSER: Overall impression is that funding both of those line items would not be a significant risk to the PTA’s financial well-being.

On a side note: Teacher Wish Lists were sent to teachers with 8 teachers responding. PTA is working to try and meet the needs of the teachers and reach out to them. Hopefully this support will continue to improve with PTA and teachers collaborating together. Motion: To approve Cultural Arts assemblies for $2,000 and $3,000 for teacher reimbursements. Vote: Unanimous consent – Motion approved. Motion: Amend budget to remove IRS penalty line item Vote: Unanimous consent – Motion approved.

Fun Run Committee News – Would love to bring this back! Does require army of volunteers, so we’ll keep you posted! Paul and Kristen Davis are considering organizing this event.

At the Oct. 16 PTA meeting, some great ideas were generated about projects to focus on to improve our school and student programs. We need your help to add to and choose from some of these initiatives.   Please comment below with your thoughts and ideas!  You can also them with Sharon Toda directly. 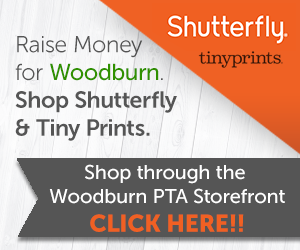 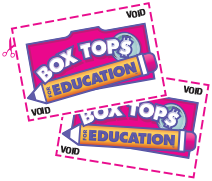